An interesting result from changing jobs is seeing how people interpret your decision and how they view the company you’re moving to. I was happy to hear good feedback from many people regarding Securonix, reinforcing my pick for the winning car in the SIEM race.

But there was a question that popped up a few times that indicates an interesting trend in the market: “A SIEM? Isn’t it old technology?”. No, it is not. It may be an old concept, but definitely not “old technology”.

Look at these two pictures below? What do they show?

Both show cars. But can we say the Tesla is “old technology”? Notice that the basic idea behind both is essentially the same: Transportation. But this, and the fact they have four wheels, is probably the only thing in common. This is the same for the many SIEMs we’ve seen in the market in twenty or so many years.

Here is the barebones concept of a SIEM:

How this is accomplished, as well as the scale of things, have changed dramatically since ArcSight, Intellitactics and netforensics days. Some of the main changes:

With all that in mind, does it still make sense to call these new Teslas of threat detection a “SIEM”? Well, if we still call a Tesla a car, why not keep the SIEM name?However, differentiating between the old rusty SQL-based tool and the advanced analytics SaaS tools of modern days is also important. In my previous life as an analyst I would frequently laugh at the “Next Gen” fads created by vendors trying to differentiate. But I also have to say it was useful to provide a distinction between the old Firewall and what we now call NGFW. People know the implied difference in capabilities when we say NGFW. With that in mind, I believe saying NG-SIEM is not really a bad thing, if you consider all those differences I mentioned before. Sorry Gartner, I did it! :-)

So, old SIEM dead, long live the NG-SIEM? No, I don’t think we need to do that. But in conversations where you need to highlight the newer capabilities and more modern architecture, it’s certainly worth throwing the NG there.

Tesla owners can’t stop talking about how exciting their cars are. For us, cybersecurity nerds, deploying and using a Next-gen SIEM gives a similar thrill.
Posted by Augusto Barros at 3:00 PM 1 comment:
Email ThisBlogThis!Share to TwitterShare to FacebookShare to Pinterest

I’ve spent the last five years working as an industry analyst, talking to thousands of clients and vendors about their challenges and solutions on security operations. During this time I was able to identify many of common pain points and what vendors have been doing to address them. Some with success, some not much.

Helping clients as an analyst is a great job. It gives you tremendous visibility into their challenges. But it is also somewhat limited into how much you can help them. So I ended up with many ideas and things I’d like to do, but with no right channel to provide them.

That’s why I chose to join Securonix. Securonix has a great platform to deliver many capabilities that organizations need to tackle their threat detection and response problems. I first came into contact with Securonix before my Gartner life, and have been watching it grow and evolve since then. When we produced an UEBA solutions comparison, back in 2016, it was the best one of the batch. But it didn’t stop there.

A few years ago Gartner said SIEM and UEBA would eventually converge. Securonix didn’t miss the trend. Actually, it was one of the main drivers. UEBA vendors first appeared in the SIEM Magic Quadrant back in 2017. Securonix was already there as a Visionary. Actually it was the vendor with the most complete vision at that time. Since then it managed to improve its ability to execute, becoming one of the leaders in the space. It hasn’t missed the major trends since then, adding important capabilities and quickly adapting to offer a great cloud SIEM solution.

Good tools are extremely important to anyone who wants to make a dent on the incredible threat detection and response challenges we face. I’m excited to help with the evolution of the best security operations and analytics platform available today. You can watch this great journey here, , on Linkedin and on Twitter (@apbarros).


Posted by Augusto Barros at 3:44 PM No comments:
Email ThisBlogThis!Share to TwitterShare to FacebookShare to Pinterest

From my Gartner Blog - Goodbye!

I’m sadly writing this as my last Gartner blog post! I’m moving to a new challenge. After years as an analyst, I decided it was time to get closer to delivering the initiatives that have been the focus of my research.

I’m immensely grateful for my time with Gartner. It has been a great experience and I had the opportunity to work with many bright people. I leave a special thank you to my mentor and main co-author, my great manager (thanks boss!) and my KIL (“Key Initiative Leader”, internal Gartner lingo).

Working as a Gartner analyst gives you the opportunity to go through incredible experiences. During the past five years, I was able to:

What I will miss mostly is experiencing those moments when you hear your client saying things like “that was the best advice I’ve ever heard”. Those are the moments that give an analyst a clear view of their sense of purpose. I’m really grateful for being able to go through that as a Gartner analyst.

Thank you Gartner. Thank you my reader. And I hope you follow me back to my personal blog. I’ll still be there.

from Augusto Barros https://ift.tt/2EK5WLs
via IFTTT
Posted by Augusto Barros at 11:32 AM No comments:
Email ThisBlogThis!Share to TwitterShare to FacebookShare to Pinterest

After finishing the wave of research that covered pentesting, monitoring use cases, SOAR and TI, I’m excited to start research for a net new document covering an exciting topic rarely covered in Gartner research: Open source tools! The intent is to look at the most popular open source tools used by security operations teams out there. Things like the ELK stack, Osquery, MISP and Zeek. What I’d like to cover in this new paper is:

It is a fascinating topic, which bring a high risk of scope creep, so the lists of questions answered and tools covered are still quite fluid.

In the meantime, it would be nice to hear stories from the trenches; what are you using out there? Why? Was that picked just because it was free (I know, TCO, etc, but the software IS free….) ? Or is it a cultural aspect of your organization? Do you believe it is actually better than the commercial alternatives? Why?

Lots of questions indeed. Please help me provide some answers

from Augusto Barros https://ift.tt/2Kbxglh
via IFTTT
Posted by Augusto Barros at 2:58 PM No comments:
Email ThisBlogThis!Share to TwitterShare to FacebookShare to Pinterest

From my Gartner Blog - Developing and Maintaining Security Monitoring Use Cases

My favorite Gartner paper has just been updated to its 3rd version! “How to Develop and Maintain Security Monitoring Use Cases” was originally published in 2016 as a guidance framework for organizations trying to identify what their security tools should be looking for, and how to turn these ideas into signatures, rules and other content. This update brings even more ATT&CK references and a new batch of eye candy graphics! So much different than the original Visio built graphics!

This is the anchor diagram from the doc, summarizing our framework: 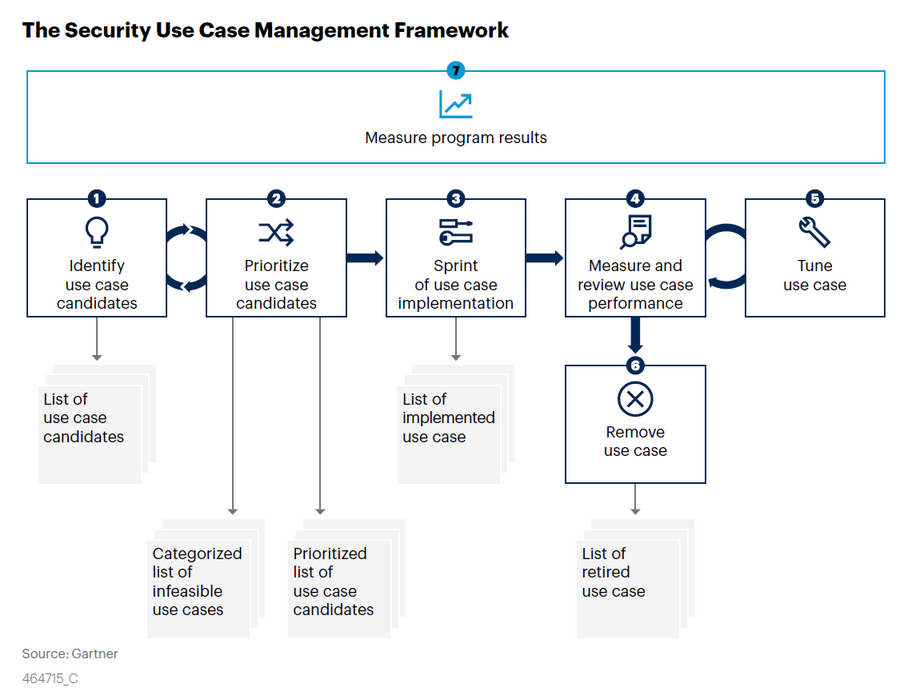 Some nice quotes from doc:

“Some organizations create too much process overhead around use cases — agility and predictability are required. Processes must not be too complex because security monitoring requires fast and constant changes to align with evolving threats.”

“Do not simply enable everything that comes with the tools. A considerable part of that content may not be aligned with the organization’s priorities, or may not be applicable to its environment.”

“Make use case development similar to agile software development by being able to quickly implement or modify a use case to adapt to changing threat and business conditions.”

I hope you enjoy it, and let me know if you have the framework implemented in your organization. Please don’t forget to provide feedback about the paper here.

Next wave of research is about Open Source tools for threat detection and response, in parallel with interesting stuff on Breach and Attack Simulation.

from Augusto Barros https://ift.tt/2JQhigf
via IFTTT
Posted by Augusto Barros at 5:09 PM No comments:
Email ThisBlogThis!Share to TwitterShare to FacebookShare to Pinterest

From my Gartner Blog - New Research on Threat Intelligence and SOAR

Since my blogging whip was gone I haven’t been posting as frequently as I’d like, but I realized we had recently published new versions of some of our coolest research and I completely missed announcing them here! So let me talk a bit about them:

The first one is a big update to our Threat Intelligence research, conducted by Michael Clark. The paper now is called “How to Use Threat Intelligence for Security Monitoring and Incident Response”. It has a more specific scope and is more prescriptive in its guidance, providing a nice framework for those planning to start using TI on their detection and response processes:

The other one is a refresh on our paper about SOAR – Security Orchestration, Automation and Response, conducted by Eric Ahlm. It provides an overview of SOAR and how to assess your readiness for this technology according to your use cases: 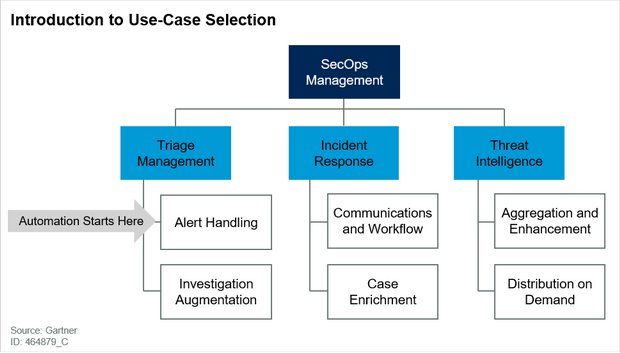 I hope you enjoy the new papers.  I’m also working on an update to my security monitoring use cases paper, it will hit the streets soon. Meanwhile, feel free to provide feedback about the papers above here.

from Augusto Barros https://ift.tt/2JzgjAV
via IFTTT
Posted by Augusto Barros at 4:01 PM No comments:
Email ThisBlogThis!Share to TwitterShare to FacebookShare to Pinterest

I finally managed to publish the update to my paper on pentesting, “Using Penetration Testing and Red Teams to Assess and Improve Security”. It has some small tweaks from the previous version, including some additional guidance around Breach and Attack Simulation tools role.

Questions about how to define the scope of penetration tests are very common in my conversations with clients. I always tell them it should be driven primarily by their objective for running the test. Surprisingly, many have problems articulating why they are doing it.

The discussion about comparing pentests with other forms of assessments is there too, although we also published a paper focused on the multiple test methods some time ago.

A few good pieces from the document:

“Research the characteristics and applicability of penetration tests and other types of security assessments before selecting the most appropriate one for the organization. Select a vulnerability assessment if the goal is to find easily identifiable vulnerabilities.”

“Definitions for security assessments vary according to the source, with a big influence from marketing strategies and the buzzword of the day. Some vendors will define their red team service in a way that may be identified as a pentest in this research, while vulnerability assessment providers will often advertise their services as a penetration test. Due to the lack of consensus, organizations hiring a service provider to perform one of the tests described below should ensure their definition matches the one used by the vendor”

“Pentests are often requested by organizations to identify all vulnerabilities affecting a certain environment, with the intent to produce a list of “problems to be fixed.” This is a dangerous mistake because pentesters aren’t searching for a complete list of visible vulnerabilities.”

Next on the queue is the monitoring use cases paper. That’s my favorite paper and excited to refresh it again. You’ll see it here soon!